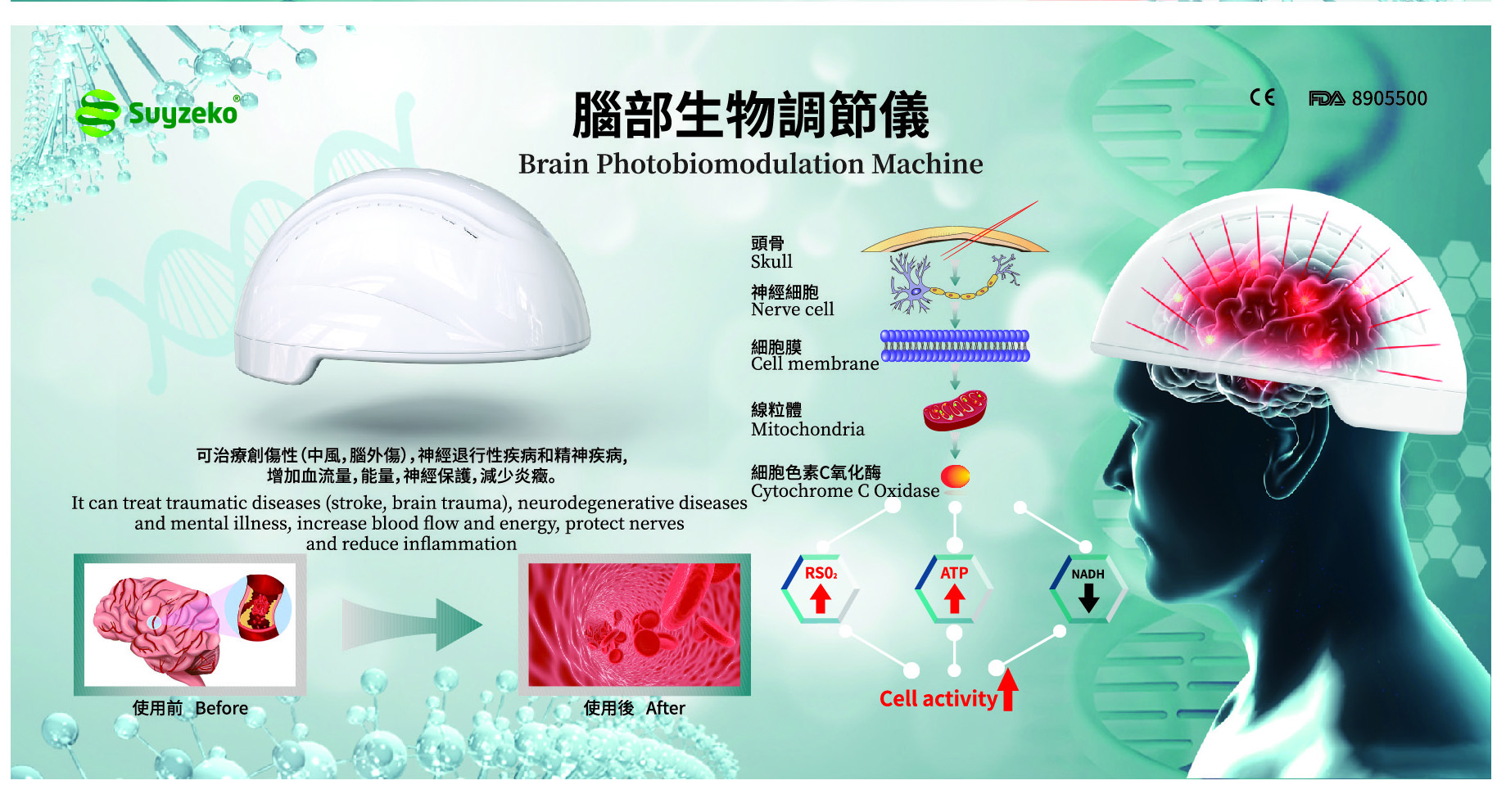 What is Photobiomodulation?
Photobiomodulation (PBM) describes the use of red or near-infrared light to stimulate, heal, regenerate, and protect tissue that has either been injured, is degenerating, or else is at risk of dying. One of the organ systems of the human body that is most necessary to life, and whose optimum functioning is most worried about by humankind in general, is the brain.
The brain suffers from many different disorders that can be classified into three broad groupings: traumatic events (stroke, traumatic brain injury, and global ischemia), degenerative diseases (dementia, Alzheimer’s and Parkinson’s), and psychiatric disorders (depression, anxiety, post traumatic stress disorder). There is some evidence that all these seemingly diverse conditions can be beneficially affected by applying light to the head. There is even the possibility that PBM could be used for cognitive enhancement in normal healthy people.
810nm near-infrared light can penetrate the scalp and skull.Transcranial leds from the near infrared spectrum have been shown to provide anti-inflammatory and antioxidant effects.Heat shock proteins can also be added to prevent protein misfolding and unwanted synthesis;Has the potential to increase neuron regeneration and synaptic regeneration.
Principle

Experiment we do
One of our experiments cooperate with the Complementary and Integrative Laser Medicine, Biomedical Engineering in Anesthesia and Intensive Care Medicine, Medical University.
Showed a clear response of cerebral rSO2 in relation to the our PBM helmet stimulation.
December, 2018

Figure 1: Results of the increase in the regional cerebral oxygen saturation during and after stimulation on the left and right side.
Figure 2: Results from thermal imaging of the first pilot measurement using the new stimulation helmet. Note the increase in temperature on the helmet (upper row; a before, b during, and c after stimulation) on the forehead (middle row; d–f) and on the chin (lower row; g–i)
One of our experiments cooperate with the German Healthcare field organization
Showed a clear response of NADH reduction, which means the increasing of ATP in relation to our PBM helmet stimulation.
May, 2019